As a leading eco-friendly enterprise, KOMIPO is actively promoting the overseas advance of new & renewable energy businesses, along with export of thermal power plants, the main business for thermal power generation. 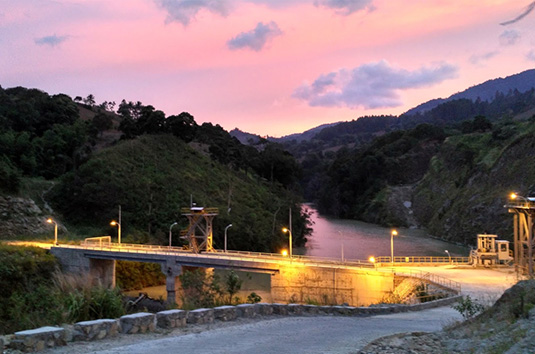 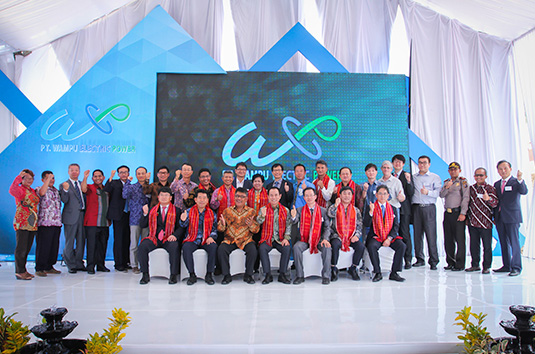 Construction & operation of the Wampu Hydropower Plant located in the northern region of Sumatra Island, Indonesia, is a project to supply electric power to the Indonesian state-run power company, PT. PLN, for 30 years after completion of the power plant with a capacity of 45MW (15MW x 3 units). The Wampu Hydropower Plant is a dam and waterway-type eco-friendly generation project that produces electricity after constructing a separate waterway that does not completely block the main waterway unlike existing hydropower plants in the country.

In addition to electricity sales income, KOMIPO secured an annual 240,000 tons worth of CER, as the first such practice among the overseas advance of domestic companies, and received the Indonesian government's payment guarantee for the contract period. In February 2012, a financing contract was concluded with the Korea Eximbank and the plant's commercial operation started in April 2016. It is significant that KOMIPO achieved the first commercial operation of an overseas hydropower generation business among domestic power companies. 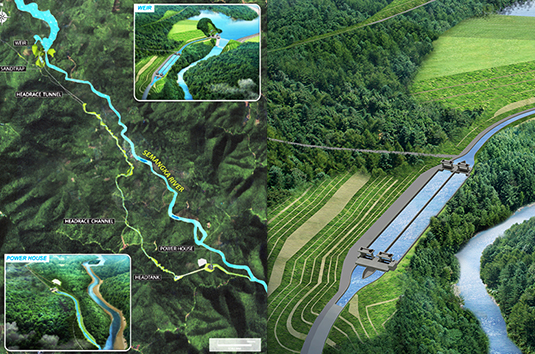 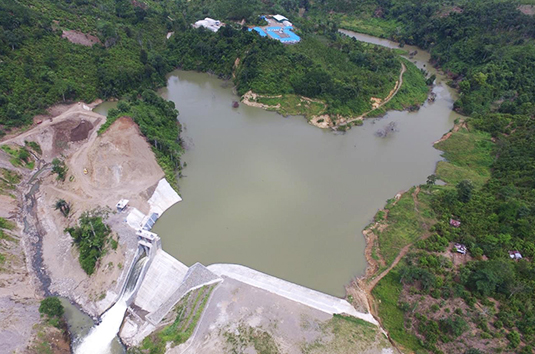 Tanggamus Hydropower Plant is a project to construct and operate a hydropower plant with a facility capacity of 55.4MW (27.7MW x 2 units) located in Tanggamus County, State of Lampung, Sumatra Island, with a total investment of US$190 million. As a follow-on project of the Wampu Hydropower Plant presently in commercial operation, KOMIPO will supply an annual heat generation volume of 278.9GWh over 30 years after completion on September 2017. With its dam designed as an intermittent current type, the power plant is characterized as easy to build and its environmental impact also is lower than existing low-head (저류식) dams.

A financial supply contract was concluded with Korea Eximbank and main construction work was commenced in February 2015 for commercial operation to start in September 2017. This eco-friendly power plant is expected to generate annual profits under the Indonesian government's payment guarantee and secure an annual 200,000 tons worth of CER while contributing significantly to resolving the electric power shortage of the State of Lampung.

For this project to build and operate a PV power plant in Boulder City, Nevada, USA, with an estimated project cost of US$500 million, KOMIPO completed conclusion of PPA contracts with NV Energy, an electricity company in the State of Nevada, for 100MW and 50MW each in June and December 2015, respectively. Construction work of the power plant was commenced in full swing at the end of December 2015 and completed in December 2016 for 100MW and in January 2017 for 50MW.

Meanwhile, KOMIPO is exerting efforts for conclusion of PPAs for remaining capacities, including participation in an additional 125MW PPA of SEC, an electricity company in California, as a participant in the PPA tender of NV Energy.

By successfully promoting its advance into the U.S. PV market, emerging as the world's largest new & renewable energy market, KOMIPO has prepared the foundation to grow into a global energy company. Also, through advance into the electric power markets of advanced countries, KOMIPO is accumulating business development and business management knowhow and expects to be equipped with the momentum for follow-on projects through development of PV businesses and securing of construction records.